After riding a scooter for a year and falling in love with two-wheeled transportation, Loryn decided she wanted a motorcycle. But not just any motorcycle. She wanted something uncommon, unique.

After months of searching, she found a ratty KZ440 on Craigslist that was everything she had wanted, and brought it home in May 2015. A bit rough around the edges, but with great lines. It was running, so it couldn’t be that bad, right? 😉

A few weeks went by and the problems began to emerge. It wouldn’t idle, first gear might as well have not existed, and the battery scraped against the wheels when it hit a bump. That’s when it earned the name “The Little Rat.”

But, Loryn didn’t want to let it go. It was a piece of shit, but it was her piece of shit. And that’s when she met Sofi Tsingos of GT-Moto. After just 15 minutes Sofi and her dad, George (the namesake of GT-Moto), had pinpointed the problems with the engine, and Loryn was sold. 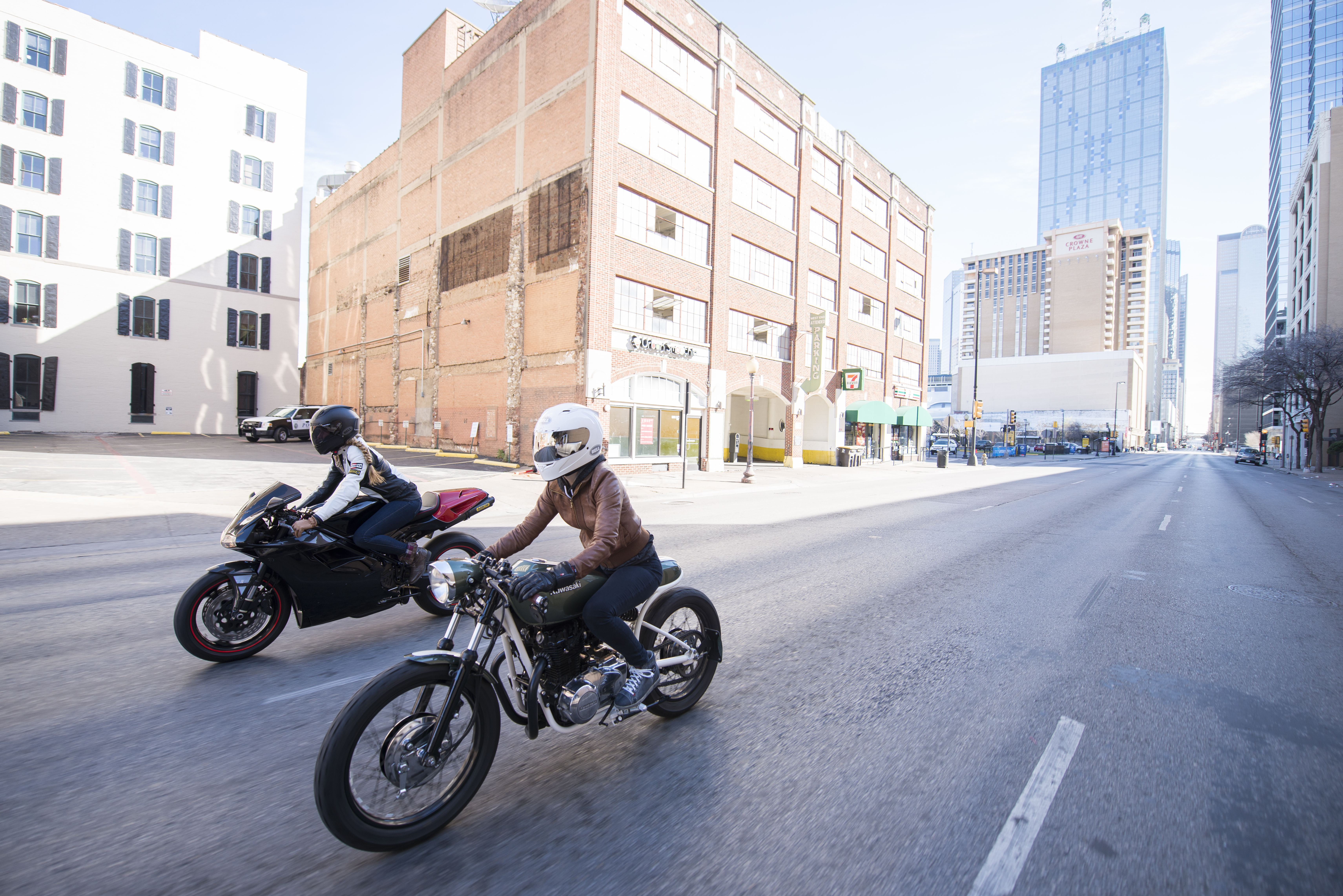 Based in Dallas, TX, GT-Moto specializes in complete custom motorcycle builds, handbuilt cars and custom machined parts. Owner Sofi Tsingos also prioritizes giving back to the community, and donates a portion of all profits to support cancer research. Check out her latest raffle build: an MV Agusta designed in partnership with The MotoLady.

While learning to ride, Loryn realized that it was difficult to find useful, well-written information about motorcycle safety, and RIDEWELL was born. On the blog, Loryn writes about gear, riding skills and traffic safety, but also about motorcycles as a lifestyle ⎯ as an incredible, fun way to experience life, but one that is also challenging, and which requires dedication, maturity, and commitment.