Backpacking in Peru, Eglė Gerulaitytė found herself surrounded by motorcycles: “I kept noticing motorcyclists, in hostels and on the road, and I got intrigued.”

Because everyone in Peru rides — “families, schoolgirls, literally everyone” — it seemed to Eglė to be a natural next step. “It didn’t seem like I wanted to do something out of the ordinary,” Eglė remembers. “I was just like, ‘Yeah, I’ll get a bike!’”

So Eglė picked up a 150cc Chinese bike, had a friend give her a few hours of lessons, and left Nazca with no real riding experience, and no real plan.

“I didn’t plan to leave Peru on that bike,” she said, “I just thought, I’ll just ride around Peru for awhile.”

She took her time exploring Peru, spending three months with a family in the small Andean town of Coporaque, helping with their horses and collecting stories. Eventually, she found herself on the shores of Lake Titicaca, at the Bolivian border, and decided — what the hell, I’ll keep going.

Following her instincts, Eglė wound her way around South America on her cheap blue 150cc motorcycle for eighteen months, collecting the experiences, legends and stories that she would later compile in her new book, Tales from South America: Everyday Life, Legends, and People.

Inspired by Verne, Kerouac, and Longstocking

Eglė grew up in Lithuania under Soviet control, and because she and her family couldn’t travel, they explored the world through books. Books had an enormous influence on Eglė growing up — particularly Jules Verne’s novels and Astrid Lindgren’s Pippi Longstocking.

“Pippi Longstocking was my hero, she kicked ass,” said Eglė. “She was one of the few female heroines that actually went out and did stuff.”

One Pippi Longstocking story in particular stuck with her. In the book, Pippi and her friends see a sign in the window of a perfume shop: “DO YOU SUFFER FROM FRECKLES?”

Pippi thinks this over, and heads into the shop:

An elderly lady stood back of the counter. Pippi went right up to her. ‘No!’ she said decidedly.

‘What is it you want?’ asked the lady.

‘No,’ said Pippi once more.

‘I don’t understand what you mean,’ said the lady.

‘No, I don’t suffer from freckles,’ said Pippi.

Then the lady understood, but she took one look at Pippi and burst out, ‘But, my dear child, your whole face is covered with freckles!’

‘I know that,’ said Pippi, ‘but I don’t suffer from them. I love them. Good morning.’

She turned to leave, but when she got to the door she looked back and cried, ‘But if you should happen to get in any salve that gives people more freckles, then you can send me seven or eight jars.’”

To young Eglė, this quote was an affirmation. “I was never a ‘girly girl,’” she said. “Like Pippi, I did not suffer from wanting to go on adventures or wearing filthy shorts with pockets full of snails, acorns and secret treasure maps. I enjoyed all that and wanted more of it!”

When Eglė read Kerouac’s On The Road as a teenager, she knew what she needed to do: “I read that and that was it, I just had to get out.”

To most, riding a motorcycle around the world seems insurmountable. But to Eglė, it’s just daily life:

You wake up in the morning, you pack your bike, and you ride someplace. Then you do the exact same thing the next day … If you do this for a year, you’ll end up having gone around the world or across the Americas. That’s all there is to it.”

It’s exactly the way you accomplish anything else in life, she notes: one step at a time.

When Eglė travels, she prefers to go slow, so she can get to know the place and people around her. She doesn’t collect photos or destinations; she collects stories, history, legends. Her travel philosophy is a refreshing dissent to “bucket list” adventure culture:

We like to have these checklists and bucket lists — ‘Oh, you have to ride from Prudhoe Bay to Ushuaia, otherwise it’s not an adventure.’ We have all these strange definitions of what adventure is, and it’s really limiting, and not very enjoyable.

If you’re doing it just because somebody said that you should, then you’re not really doing it for you. And that’s just missing the point completely.”

In our short conversation, Eglė told me several stories. She told me about the matriarch of the family she stayed with in Coporaque, who was “the first feminist in her village,” and wanted her daughters to go to college — unheard of in a village where most young girls still get married at fifteen.

She told me about running out of gas in the middle of Argentina’s Ruta 40 on New Year’s day and being rescued by a group of Italian explorers, about the haunting forty-nine chants that are the last legacy of the Selknam tribe that once inhabited the desolate Tierra del Fuego, and about giving a ride to an elderly village woman who spent the whole ride wriggling around on the motorcycle, flapping her arms as if she were flying.

The stories are poignantly human, and reveal Eglė’s central theme: we are all people. Flawed, extraordinary people.

“People always surprise you,” said Eglė. “The whole generalizing of east, west, and the developing world or this world or that world … most of the time it feels kind of artificial to be honest.”

We’re all the same really, we’re all absolutely the same. I mean, yes, there’s different languages or different traditions or different dresses or costumes … but people are absolutely exactly the same, and for the most part they’re really wonderful.”

To illustrate, she told me a story about when she was in the kitchen with a Cuban woman, watching her cut up a pineapple — “A really gorgeous, ripe, gorgeously-smelling pineapple.” The woman told Eglė, though, that what she really wanted were some apples. “They’re such an exotic fruit,” the woman said.

Eglė, astonished, told the woman that when she was growing up, her grandfather had an orchard, and in the fall when they had too many apples she would take a bucketful and feed them to the horses.

“She stopped what she was doing and looked at me with absolute horror,” said Eglė, “Like, ‘What is wrong with you people?!’”

It seemed funny at the time, but then I thought about my own grandmother, and if she was in the kitchen slicing up apples and there was a stranger in her kitchen who told her ‘Oh, you know in Cuba, we feed pineapples or mangoes to horses,’ she would have reacted in the exact same way.”

Reading books as a child inspired Eglė to get curious about the world around her, and she hopes her upcoming book inspires others to do the same.

“When I close a book, and I get a feeling of longing … then that book has done its job,” said Eglė. “I’m hoping that’s what my book will do — just a little bit of what if? — and maybe inspire someone to hit the road as well, or … just explore their own environment a little more, and look for these connections.” 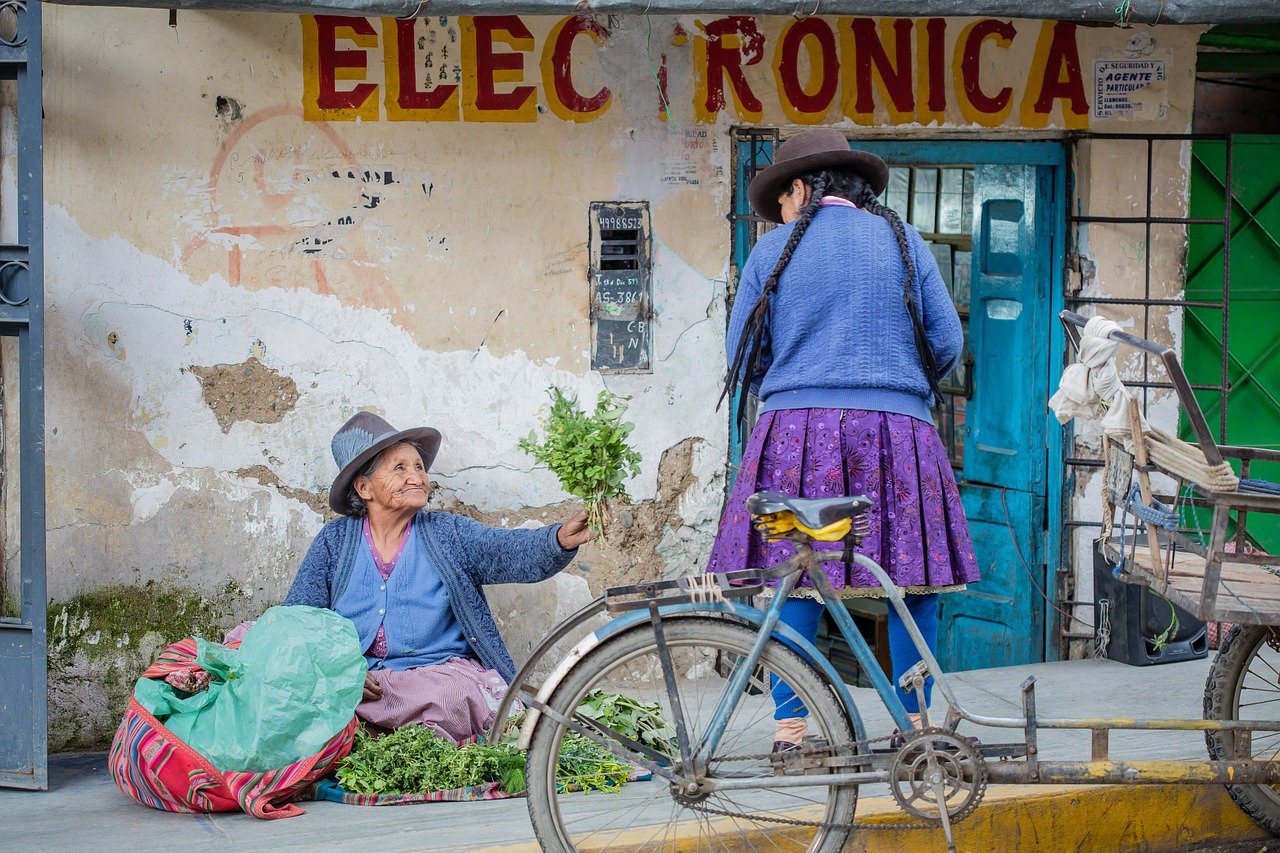 To Eglė, knowing something about the people who live in a place, while not necessary to travel, is what makes it worthwhile. She remembers a quote from an interview she did with Tristan Gooley, who navigates using natural cues, like the stars and the moon.

When she asked him if ‘natural navigation’ was still relevant in a world of GPSes, he said:

I think in a way, GPS navigation is a little like fast food. Sure, you get your calorie needs met, and it’s quick and easy. But fine dining on exquisite food is a very different experience altogether. Is it necessary? No, of course not. But neither is music, for example: you can go from dawn to dusk without music, without art. Natural navigation to a journey is what poetry is to daily life: not necessary to survival, but vital to enrich the experience.”

“That’s what I’m trying to do,” said Eglė. “Yeah, you can just ride down [to the Fin del Mundo] and take a few photos with the penguins and have a drink in a bar, and you’ll be great. But if you have all these additional layers, it adds to the whole … it just adds texture.”

She also hopes her stories will help others understand that even though they may think of South America as an exotic, foreign place, the people who live there are just people, as imperfect and wonderful as you and I:

“Often people are maybe a bit shy or embarrassed [to travel to a foreign country] … there’s a fear almost,” she said. “But if you were back in your home country and a foreigner came to you and they clearly didn’t speak your language but they needed something, you would do your best to help them, wouldn’t you?”

Eglė has already published a first book based on these adventures through a traditional publisher in her home country of Lithuania. She learned a lot from that first experience, and is working to translate and overhaul her stories she can self-publish a new and improved English version early next year. 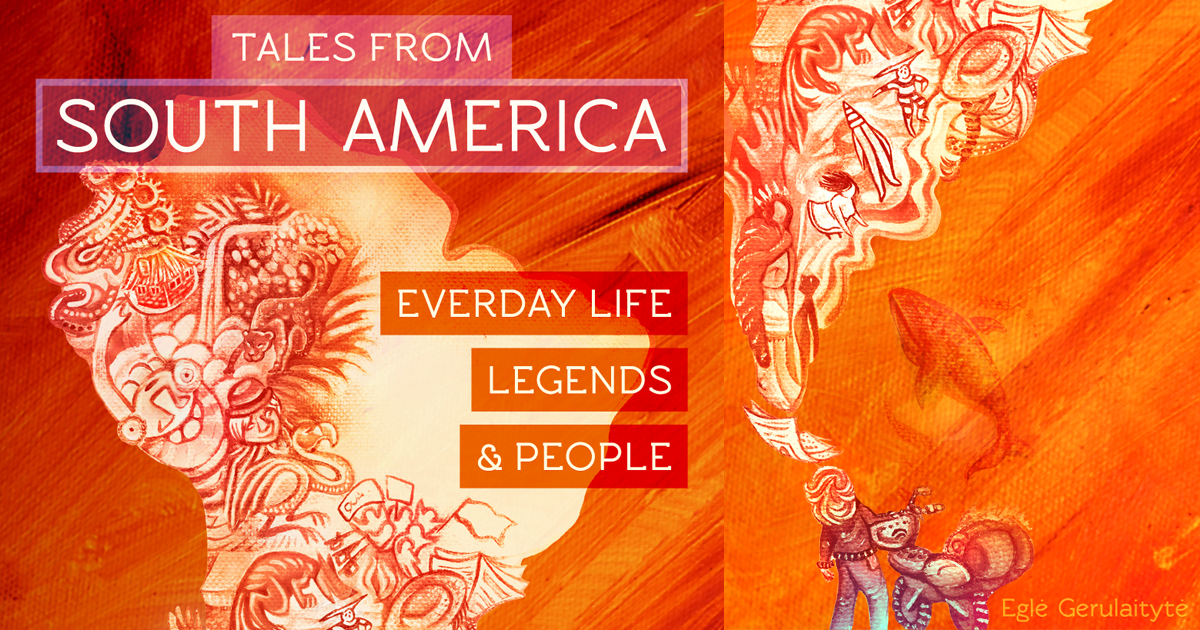 Eglė’s new book has been funded through an Indiegogo campaign, which ends on October 28. She’s already met her goal, but hopes to go above and beyond so she can hire artists from the countries she visited to create illustrations for the new book.

“A dream, if you will, is to have illustrations for the book,” said Eglė. “A photo is a fact, but an illustration can seamlessly merge the real, the imagined, and the in-between, and I love that. It has more depth.”

And having local artists create these illustrations is important to her as well: “I’m doing my best… but as a foreigner, I will never understand these places as well as the locals do.”

Eglė’s enthusiasm infuses her stories with humanity and depth, and I, for one, can’t wait to read her new book.

In the meantime, if you want to read more of Eglė’s stories, you can find her at: