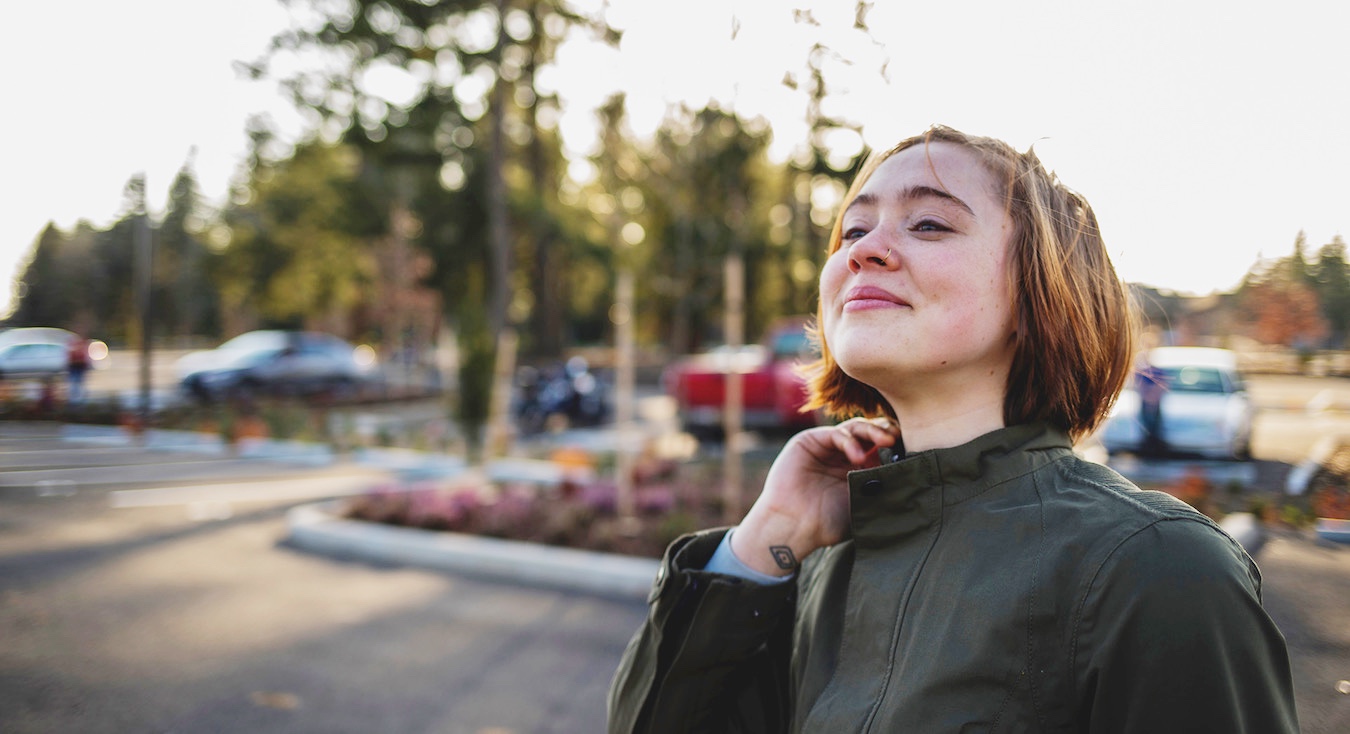 Guess what, guys. I’m going to become a Team Oregon motorcycle instructor! It feels so good to say it.

Back in January, a friend sent me the OSU job description from Team Oregon. When I first saw it, I thought, That would be cool! Maybe someday.

Then, as I thought about it more, I realized there was no reason I couldn’t start training now. So I signed up. I’m nervous as hell, but mostly excited. I’ve always wanted to help new riders, and so far Team Oregon seems like a wonderful program.

The process to become an instructor is going to take a while, though. Just to qualify for the training program, I’ve had to audit two classes, have an interview, get first aid certified, and (the scariest part) pass a skills test.

Here’s a bit of trivia about me: before this year, I’d actually never passed a licensing test before — driving or riding.

Due to weird legislation when I was a teenager in Texas, to get my driver’s license all I had to do was complete at-home driving hours with a parent. Then, for my motorcycle endorsement, an early November ice storm cut our class short. The instructor let me pass with a caution to practice more before riding on the street.

So, on the weekend of my second class audit, I hopped on my FZ-07 and braced myself for the first driving test I actually had to pass in my decade of driving.

The instructor skills test itself is exactly the same as the student test, but graded on a stricter standard. All the coaches told me I was going to be fine, it wasn’t a big deal. But I was still uneasy.

After class ended and the students went home, the coaches began setting up for the test. It was a glorious day, 60 degrees and sunny in mid-March. I was sweating a little under my lightweight jacket, because of the weather or anxiety, it’s hard to say.

The very first exercise was an offset cone weave — the only exercise I’d actually ever done before. After a few cones, though, I started veering too wide, and there was no saving it.

That was mortifying, but I could have recovered. The second exercise, the quick-stop, is what did me in.

To get a reliable measure of stopping distance, the student can’t start stopping before the cone. You get two shots at the exercise, and if, as an instructor candidate, you stop too early both times, it’s an automatic failure. For the entire test.

Guess what I did.

Of course, they didn’t tell me right away that I had failed, they let me finish. But the rest didn’t go much better. Aside from the offset weave, I didn’t entirely mess anything up, I just didn’t do it quite right. I missed head turns, I braked in the wrong spots, I went too fast or too slow…

In all, I failed the test hard. And not only for an instructor. If I had been a student, they couldn’t even have given me my endorsement. And that hurt. I’m not one to get upset over a bruised ego, but this felt like a sucker punch to my ego’s gut. I was devastated. After riding for four years, failing the skills test so badly… it sucked.

Not to mention, I was having a bad weekend already (see: piston disaster). My complete and total failure on this test opened the floodgates.

I knew, though, that I still wanted to be an instructor. My failure hadn’t changed that. Once the tears finally ran dry, I resolved to pass my re-test, whatever it took.

If at first you don’t succeed…

In the weeks before my re-test, I practiced twice on the course, about an hour each time. The first time, I practiced alone, running through each exercise until I was sweaty and dizzy.

The second time, I brought J along and set him up with a stopwatch. Unfortunately, we got run off by the community college guards, but I got what I needed.

In the days before the re-test, I was ill with stress. Every night in bed, my mind ran through the drills again and again. Spot your next entrance; use both brakes; slow, look, lean, roll; BIG head turn. Every time I rode became an opportunity to practice Team Oregon habits. I couldn’t relax.

Finally, the day of the re-test arrived. It was another sunny, warm afternoon (I got lucky), and J rode down to Oregon City with me for moral support.

I tried to let the beautiful weather take my mind off things, but it wasn’t easy. By this point, I was pretty sure I had the exercises down. My biggest fear was that my performance anxiety would flare up and I would end up doing just as badly as — or worse than — the first time. So I tried to calm down. The ride helped, but not much.

When I arrived, I made small talk with the coaches while the other re-testers, all students, filtered in. When the coaches lined us up, they put me dead last. It helped my anxiety to watch the other students, but every now and then my stomach backflipped. I really didn’t want to fail.

The first exercise, the offset weave, started off shaky. The bike I was testing on (a Suzuki VanVan) was jerky in first gear, so I upshifted in the middle of the weave. But I held it together.

I wasn’t sure how I did on the quick-stop, but I didn’t have to repeat the exercise, which I took as a good sign. The rest of the exercises went the same way; I was pretty sure I did okay, but couldn’t know for sure until the scores were in.

After the test, the instructors took a few anxious minutes to calculate the scores. Finally they announced to the group: “You all passed!”

“Even me?” slipped out of my mouth, though I knew I was too far away for the coaches to hear.

The students all rushed the coaches for more information, so I tried to be patient. One of the coaches saw me hanging back and waved me over. “You did very well. We didn’t mark a single thing down.”

It took a moment to sink in. J spoke up behind me. “You got a perfect score!”

Tears welled in my eyes. I couldn’t believe it. I had gone from utter failure to perfect execution. All the pent-up stress from the past two weeks melted away. “I got a perfect score!”

Psychologists have long known that having an audience affects how people perform. Norman Triplett first documented this effect, known as social facilitation, in the 1890s. One of his early experiments showed that children wound fishing line faster when other children were watching than when they were alone.

Later, though, researchers found that spectators didn’t always improve performance. In the 1930s, Joseph Pessin and Richard Husband found that having an audience usually meant people did worse on a complicated maze.

For years, this puzzled psychologists. Did having an audience improve performance, or diminish it?

Then, in the 1960s, social psychologist Bob Zajonc suggested that social facilitation only worked for certain kinds of tasks. In a famous experiment, he set up a cockroach “olympics” with two sports: one was easy (running in a straight line), the other more complex (solving a maze).

And he found his hypothesis held true. When the cockroaches competed in front of other cockroaches, they ran faster in the first test. But they floundered in the maze.

Audiences accentuate our instinctive responses and make it more difficult to override those responses in favor of more carefully considered alternatives.”

In a way, my experience with the Team Oregon test was a case study in instincts and stress.

When I first took the test, all the exercises were new to me, and my brain was working hard to process everything. The pressure of the test and the two instructors watching me only made it worse.

But after practicing each exercise dozens of times, I aced the test despite my anxieties. According to Zajonc’s research, it’s likely my stress even helped me out a little, too.

Failing the instructor skills test felt horrible, and I wouldn’t choose to live it again. But it taught me a valuable lesson about instinct and stress.

If you build good instincts through practice and habit, those instincts will come through for you in moments of stress. And on a motorcycle, it’s not a matter of if you’ll need them but when.