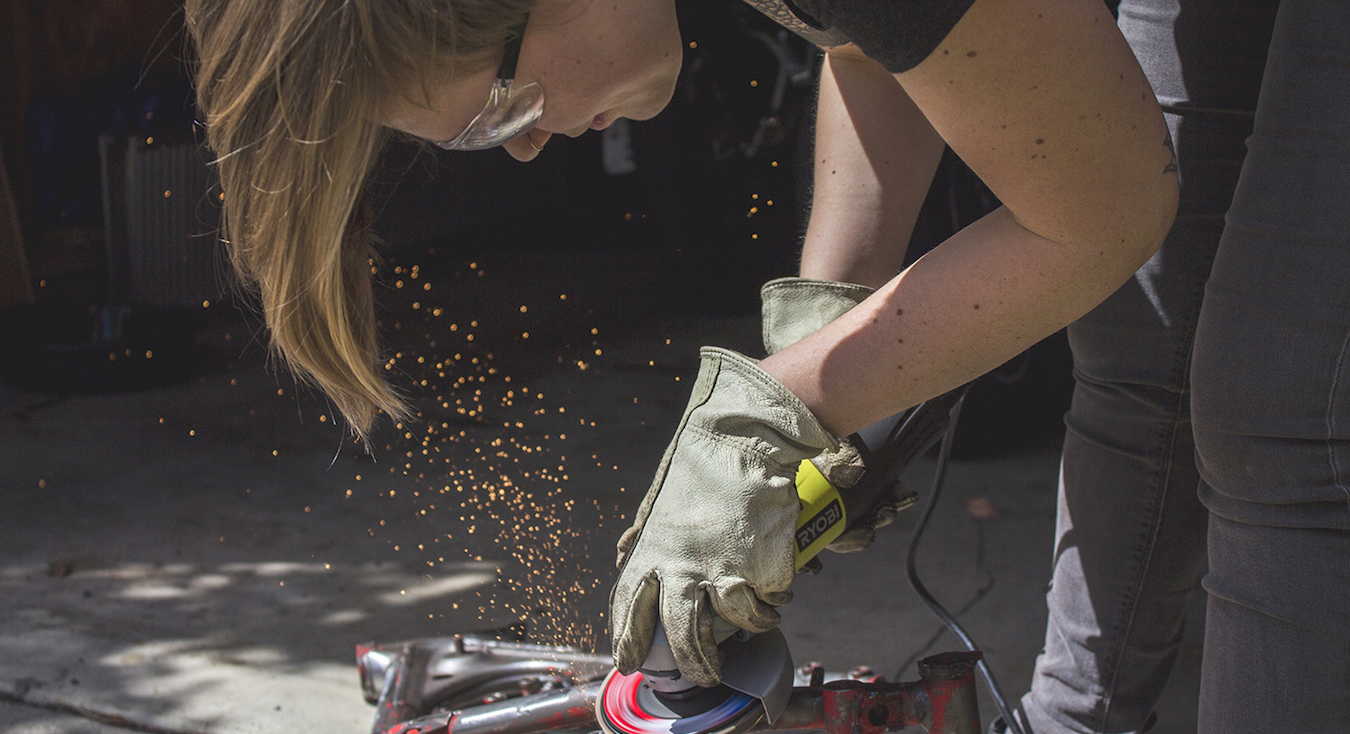 Hey there! Here’s a quick recap for new readers: last February I purchased a 1982 XL250R, and this is the third installment in my rebuild journal.

Lately, I’ve been having a hard time working regularly on my build. Something always comes up — work or dinner or other projects or general laziness — that keeps me inside at the end of the day.

When I first started on this project, I was great about making time to work in the garage — even on weekdays. I was motivated by a clear goal: strip everything off the bike and figure out what it does.

But after completing the teardown, my goals became a lot murkier.

I knew I needed to put my top end back together, but after cleaning the valves I wasn’t sure what my next step should be. I thought maybe it was time for reassembly, but in order to do that I needed engine assembly lube, which wasn’t available at any of my local auto parts stores. So I ordered that. And then realized I also needed a specific high-temp gasket sealant. Another two weeks gone.

While I was waiting on my supplies, I was advised by my friends at Second Gear to take the cylinder and cylinder head to a machine shop to have it checked, because it’s all apart right now anyway. So, I’m following that thread for a bit.

Hopefully, the engine will be back together within the month. But then… what?

This uncertainty is exactly why it’s been so hard for me to spend my evenings in the garage instead of watching Netflix. After a long day of work, it’s not easy to face the unknown, when the known is so much more comfortable.

Pushing Past the Fear of the Unknown

In his book Mastery (which I heard of from this article and not because I’ve actually read any of his work), Robert Greene talks about this “wall of resistance” when tackling difficult projects. In his words,

The pain is a kind of challenge your mind presents — will you learn how to focus and move past boredom, or like a child will you succumb to the need for immediate pleasure and distraction?

Most days, lately, I’ve been succumbing to the need for distraction. And I need to make a plan to pull myself out of it.

The first part of that plan will be to commit myself to spending at least 15 minutes on my build every day. That might not seem like much, but I’m intentionally setting the bar low to help myself build a habit of working on my build.

There is one more thing I need to do, however, and it’s something I’ve been avoiding since I first came up with the idea of a rebuild project.

I need to decide what I want this bike to look like.

I know it sounds weird, but when I started this project, I barely gave a second thought to the aesthetics of the build. I was more focused on tearing into the bike, learning how things worked, and spending time getting dirty in the garage.

When I asked Sofi for advice on getting started, she told me to pick the paint colors, since that always helped her figure out where she wanted to go with the rest of the build. That advice was in such a different dimension from where I was thinking, it barely registered with me.

But now I’ve realized she was right: in order to get this bike back together within the year, I have to commit to an end result.

And, frankly, that scares me a little.

I’ve always considered myself more of a “craftsman” than an “artist.” I’m great at improvising within boundaries, but I’ve always shied away from asserting my own creative ideas.

It’s not that I don’t have them — my high school notebooks, binders, pants, shoes, and backpacks were covered with doodles. But I never joined an art class. I preferred choir — I could focus on vocal technique, and let someone else write the music. In college, I wanted to be an English major with a focus on nonfiction creative writing. Instead, I majored in advertising, and am now a data analyst.

I’m not saying the pursuits I chose weren’t valuable or meaningful, but they reveal a pattern: I’ve only ever been comfortable expressing my creativity in low-stakes, behind-the-scenes ways.

When I started this project, I thought rebuilding a motorcycle would be more like following guidelines — the emphasis would be on the mechanics of the build, and the creative stuff would be the cherry on top.

But now, I’ve learned that there are so many options, if I don’t have an end result in mind, I won’t ever finish this build. In the world of custom motorcycles, the “creative stuff” drives the mechanics.

So, lately, I’ve been trying to settle on my creative goals for this build. I’m trying to keep it simple — no frame mods, no custom swingarm — but I still want it to look like someone put quality time into it.

When the options get too overwhelming, or when I feel too much pressure to make the “right” choices, I have to remind myself: this is my first build. If I want there to be, there could be more. Many more.

Ready to hear what I’m going for?

Like Sofi recommended, I started with the colors. Several years ago, I saw a grey-blue and orange motorcycle, and I thought it was the coolest thing. But I want my build to feel more earthy and natural, so I’m going with stormy blue with copper accents.

If I really want to go all out, I might have the frame powdercoated copper. But also maybe not, since I do want to use this as a trail bike 😉

I want the seat to be shorter (height-wise), but I’m going to keep it vinyl so I don’t have to worry about getting rained on. I’m going to make a custom side-cover for the battery, a custom skid plate, have the engine powdercoated black, and find some vintage-y white plastics, which in this case will be the fenders and headlight.

I still have a ways to go before I’m even ready for paint, but this will at least help keep me moving forward. And, hopefully, the confidence I’ll gain from pushing past my hesitations to pursue my creative goals will bleed over into other areas of my life.

I started this build to challenge myself. So far, I’d say that’s been a success 😉

Thanks, as always, for reading. Your enthusiasm for this build and my journal helps keep me going <3