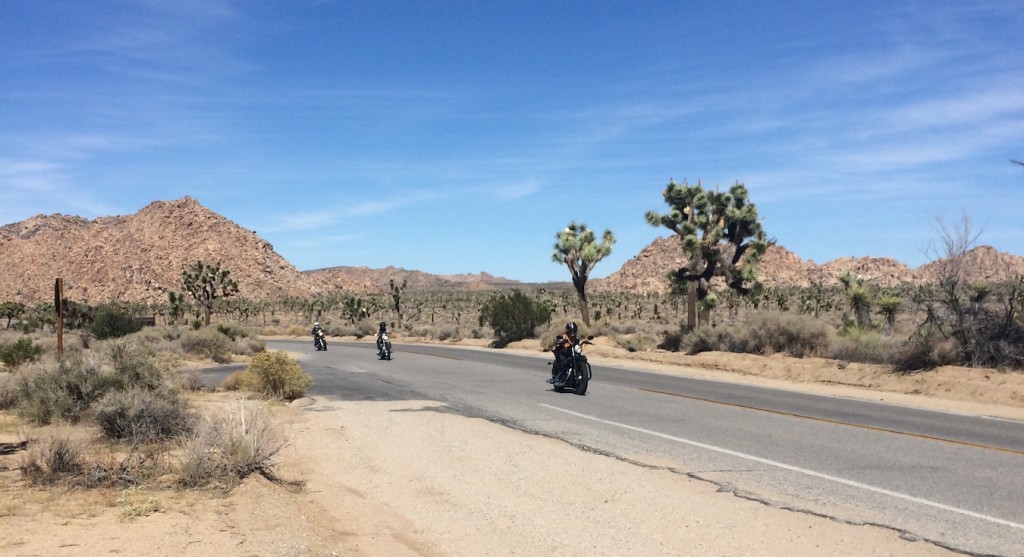 Target fixation is a concept most riders learn very early on. It’s often summarized as “look where you want to go,” which sounds simple, but it’s a lot easier said than done.

And if you’re heading for a crash, it can feel totally against your instincts.

For example, we all know what it’s like to not be able to look away from an impending disaster. It’s kind of the same thing: your brain says, “Hey, shit’s going down here, stay tuned!” and you can’t look away.

The problem is, on a bike, your gaze has a lot of power over your direction.The direction of a motorcycle can be influenced often subtle movements of your hands or body, and when you look in a certain direction, your body tends to respond with movements that will take you in that direction.

Target fixation can happen to anyone, no matter how experienced they are. Jim Davis, who is a fantastic resource for motorcycle safety information (that I mentioned in my guide for group riding), opens his book, Motorcycle Safety and Dynamics, Vol 1, with a chilling anecdote.

In short, he and two other riders were on the return leg of a ride, and taking a turn, when one of the riders (who was new to the group but still had “years of experience”) target-fixated on a truck and ended up nearly losing her leg. It’s a tragic story, and one that’s all too real for riders.

If you do a search for “target fixation motorcycle crash”, you’ll find thousands of videos of people hitting (or nearly missing) stationary objects that they had plenty of time to avoid. That’s target fixation at work. Simple concept, but it can have serious consequences.

Ever since I first experienced target fixation, I’ve been fascinated by it.

How is it that your mind can be totally conscious of an impending disaster, and maybe even know how to avoid it, yet be completely magnetized by it — as if it were a tractor beam? (Is that a real thing, or is that just in Star Wars?)

What is it about heading towards our doom that holds our minds and reflexes hostage?

Target fixation isn’t exclusive to the physical world, either. We all know someone (or have been someone) who, when faced with a problem, focused intently on just one solution, and pursued it at all costs, even if it ruined their lives.

What’s going on here? Well, for starters, people can be really quick to jump to the most salient solution, even if it isn’t the best one. On a motorcycle, it might be better to think of it as the most salient outcome, since of course crashing is the problem.

But I think the heart of the problem is panic. In “real life” problems, if you have some sort of outside pressure or stress, a problem can seem much bigger or scarier than it really is, and it makes it seem the salient outcome/solution is the ONLY outcome/solution.

And in physical-world encounters, sometimes target fixation itself engenders the fear that makes it impossible to look away. You see the possible outcome (a crash), and then the paralyzing dread takes over, which makes it harder to escape. The longer it takes for you to escape, the more likely it is to happen, the more panicked you become, the harder it is to look away. It compounds, which is why target fixation is so dangerous.

So, what can you do to avoid target fixation? Firstly, if you get even the slightest inkling that it might be happening, DON’T PANIC. (Two sci-fi references in one post, I’m on a roll!) Take a deep breath, and then look where you WANT to go. Say it out loud, if you have to. Sometimes just speaking to yourself can help break the cycle.

I’ve done it several times myself (mostly to avoid potholes, yay Dallas!), and trust me, it works.

To avoid target fixation altogether, however, you need to train yourself to scan, and always plan escape routes. If your mind is trained to do those things automatically, you’ll be much better equipped to escape the panic if target fixation sets in.

And if you do feel that you’re losing control of the motorcycle, or you’re about to crash and you can’t swerve, squeeze both levers. Doing so instantly puts you in control of the motorcycle again, and will at least lessen the severity of a potential crash.
How do you cope with avoiding target fixation? If you have any good tips or stories, I’d love to hear ’em in the comments.

Keep the rubber side down (and your eyes where you want to go)!