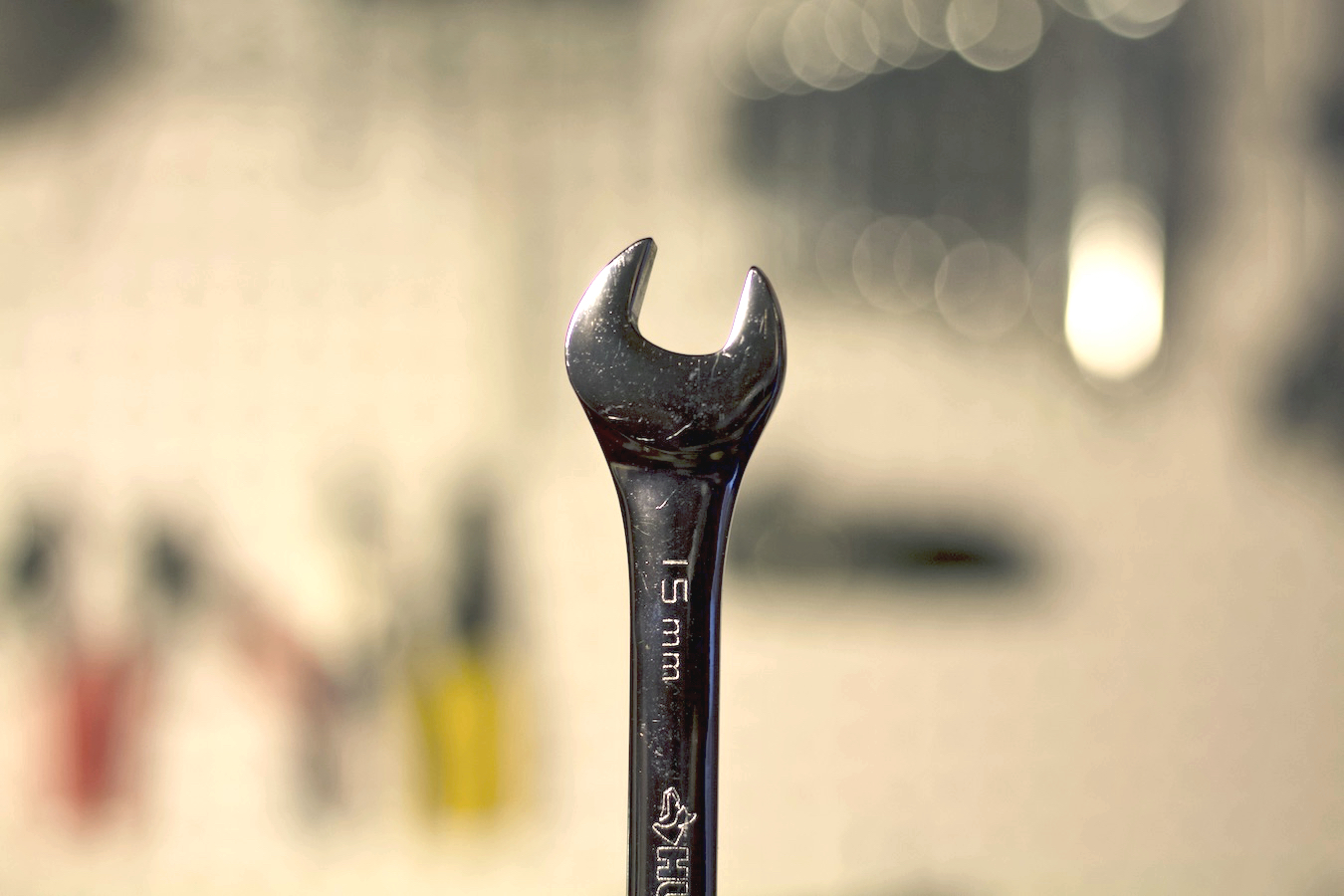 A year and a half ago, I decided to rebuild a motorcycle. I made this decision for several reasons: I wanted to undertake a challenging project, learn more about motorcycles, work with my hands, and explore a new side of myself.

But also, I wanted to get away from screens.

In many ways, I am grateful for the internet; my way of life couldn’t exist without it. I work from home for a digital company, I connect with other motorcycle enthusiasts on this blog.

But for all the ways I benefit from digital tools, I had begun to feel trapped in them. They clamored for my attention every second of the day. Even when I didn’t feel like it, I found myself checking my phone like an empty refrigerator.

I decided a motorcycle rebuild project was exactly what I needed: a passion that didn’t revolve around the black mirror of a screen.

My plan worked: since starting my rebuild project, my garage has become a refuge where screens don’t matter.

In my garage, I see my phone for what it is: a tool. It plays my music, I use it to look up tutorials and parts, and document important information. I don’t feel magnetized to it like I do during the day.

But also, this project has taught me an appreciation for tools in general. Even the simplest tool, like the basic combination wrench, has a history, a story of how it came to be.

One day, I got curious about the story of the wrench. I stumbled upon a delightful online database of old US tool patents, where I found that the first wrench patented in the US was a basic “rack”-type design, patented in 1832.

More interesting, though, was that in 1850s and 60s, wrench patents got weird.

The patents captured my heart immediately — particularly the creative but misguided ones.

It’s hard to believe that a wrench with a rotating head would withstand much torque, but in 1855, Charles B. Bristol thought it was a good idea.

And I can’t imagine this clamp-like wrench being very effective, either, but both Hollen and Pierce backed it.

Looking through these patents made me wonder: what it must have been like to live in a time where the technological playing field for something as basic as a wrench was so wide open?

There’s a good reason those wrench designs aren’t around today — in fact, the rotating-head wrench was never even made. But it’s wonderful to me that the patents exist, because it means there were people out there thinking about new and interesting ways to make a wrench.

What is the “wrench” of our time?

Based on my unscientific observations of that archive, the mid-to-late 1800s were the most volatile for wrenches — the era when inventors were testing their most unique and creative ideas. Which makes sense, because by that time the Industrial Revolution had arrived and metal fasteners were everywhere.

By now, though, wrenches are well standardized. It’s hard to imagine that a new type of wrench could sweep through the market these days. Not necessarily because we’ve already invented the best wrench possible, but because wrenches are part of an interdependent ecosystem of technologies which includes wrenches, fasteners, and manufacturing.

Technology philosopher Jaron Lanier calls this “lock-in” — a process in which interdependent technologies settle in so firmly we couldn’t change them, even if we wanted to.

And though the history of wrenches, fasteners, and machinery is more than a century old, the storyline is particularly relevant to the digital era.

As Lanier states in You Are Not A Gadget, digital software is extremely interdependent, which makes it even more subject to lock-in than its hardware predecessors:

The brittle character of maturing computer programs can cause digital designs to get frozen into place.

“The process of significantly changing software in a situation in which a lot of other software is dependent on it is the hardest thing to do. So it never happens.”

Lanier cites several examples of locked-in digital technology, including MIDI and files. But I’d argue that one of the most worrisome and impending cases of lock-in is online communications tools.

Are we stuck with social media?

Email has been entrenched for years, and just about everyone I know uses an instant messenger system at work.

But social media platforms have begun to “lock in,” too. 68% of the US uses Facebook, and we haven’t had a new large-scale platform since Snapchat — and even it is shrinking.

When you look at the landscape, it’s hard to escape the conclusion that our period of creative, innovative social media platforms is in the past. And that creative period was incredibly, painfully short.

The adoption of social media has been one of the fastest in human history. It took 23 years for 60% of households in the US to get cable, but only six for social media to have the same ubiquity.

With wrenches, it’s easy to see that we ended up in a pretty good place. I can do just about everything I need to do in my garage with my collection of box-and-ring wrenches, hex wrenches, socket wrenches and impact drivers.

But with online communications tools like social media, it’s much harder to say whether they’re working for us or not.

Even more concerning is that when we aren’t intentional about our goals with social media, the platforms happily choose those goals for us. And don’t fool yourself: every platform has ideas about what you should do on it.

Keep scrolling so we can serve you ads. Click the notification so we can pad our number of daily active users and secure funding.

I’m not denying the good that digital technology has done. What I’m worried about is that we haven’t given ourselves time to fully consider how our current digital tools affect our lives and our society — the side effects that people like ex-Googler Tristan Harris, me, and many others have come to notice.

Technological change starts with you

It’s no secret that something about digital technology isn’t quite right. Earlier this year, New York Magazine published a series of interviews with influential tech entrepreneurs, aptly named “The Internet Apologizes.”

But it’s not going to be an easy fix. This technology is out in the world now — and our jobs, relationships and communities depend on it.

We can’t sit back and expect technology elites to fix it for us. They (or rather, their stakeholders) would much prefer to force the existing system on us than to reinvent it.

The only way we forward is for us, the users, to be more thoughtful about the technologies we use in our own lives.

To speak up at work about tools that get in the way of productivity.

To keep our phones out of our bedrooms, to turn off disruptive notifications.

In the same way you’d reject a wrench that slips or that rounds off a bolt, you have the power to reject digital platforms and tools that don’t work for you.

Because digital tools are nothing more than that: tools.

A version of this post was first published on Copyblogger.com (my day job!)