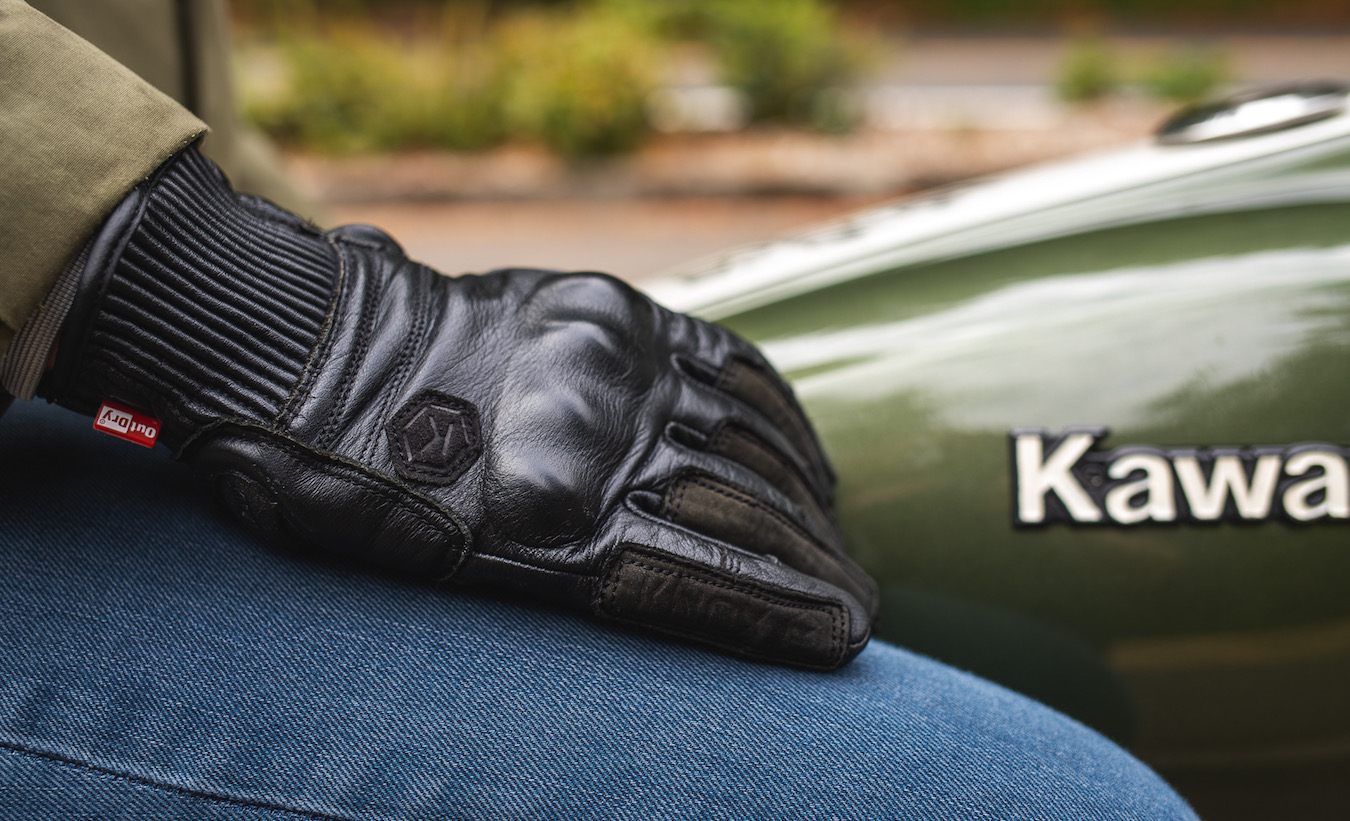 If there’s a category of gear that deserves more attention from both manufacturers and riders, it’s casual motorcycle gloves.

Too often, riders seeking a casual glove have to choose between intense racing gloves (lots of protection, but styled for sportbikes), or not much more than a hand-shaped piece of leather (great “classic” style, but not much protection). There’s not much in between.

Of course, any “casual” item of gear is going to offer less protection than a technical version. But the contrast is much more severe with gloves than other kinds of gear.

There’s a reason racing gloves look the way they do: their design is more about function than style. But protective motorcycle gear should never be an “all-or-nothing” approach.

That’s why I love the Knox Hadleigh women’s glove. It’s undoubtedly a casual glove, but it integrates many of the features typically found in more functional race or adventure gloves: full knuckle protection, leather reinforcement, and (my favorite) palm sliders.

Not to mention, it has excellent fit for smaller women’s hands, and is the same level of high quality I’ve come to expect from Knox.

A Casual Yet Technical Pair of Women’s Motorcycle Gloves

My first pair of real motorcycle gloves was Knox’s Covert gloves, which I chose for two reasons: their simple, all-black design and Knox’s patented palm sliders (which the Hadleighs have as well).

Palm sliders were important to me, because in a fall it’s likely that my palms will be the first thing that hit the ground, and Knox’s palm sliders were specifically developed to help avoid wrist fractures.

I bought the Coverts three years ago, and they are still my favorite pair today. I wasn’t even thinking of shopping for anything new, but a year ago Knox released a new women’s line of short gloves called the Hadleigh, and asked if I’d like to try a pair.

I said yes, for two reasons. First, I was interested to see if the fit was different. But also, if there was a pair of short, classic-styled leather women’s gloves with protection, I wanted to try it so I could spread the word. 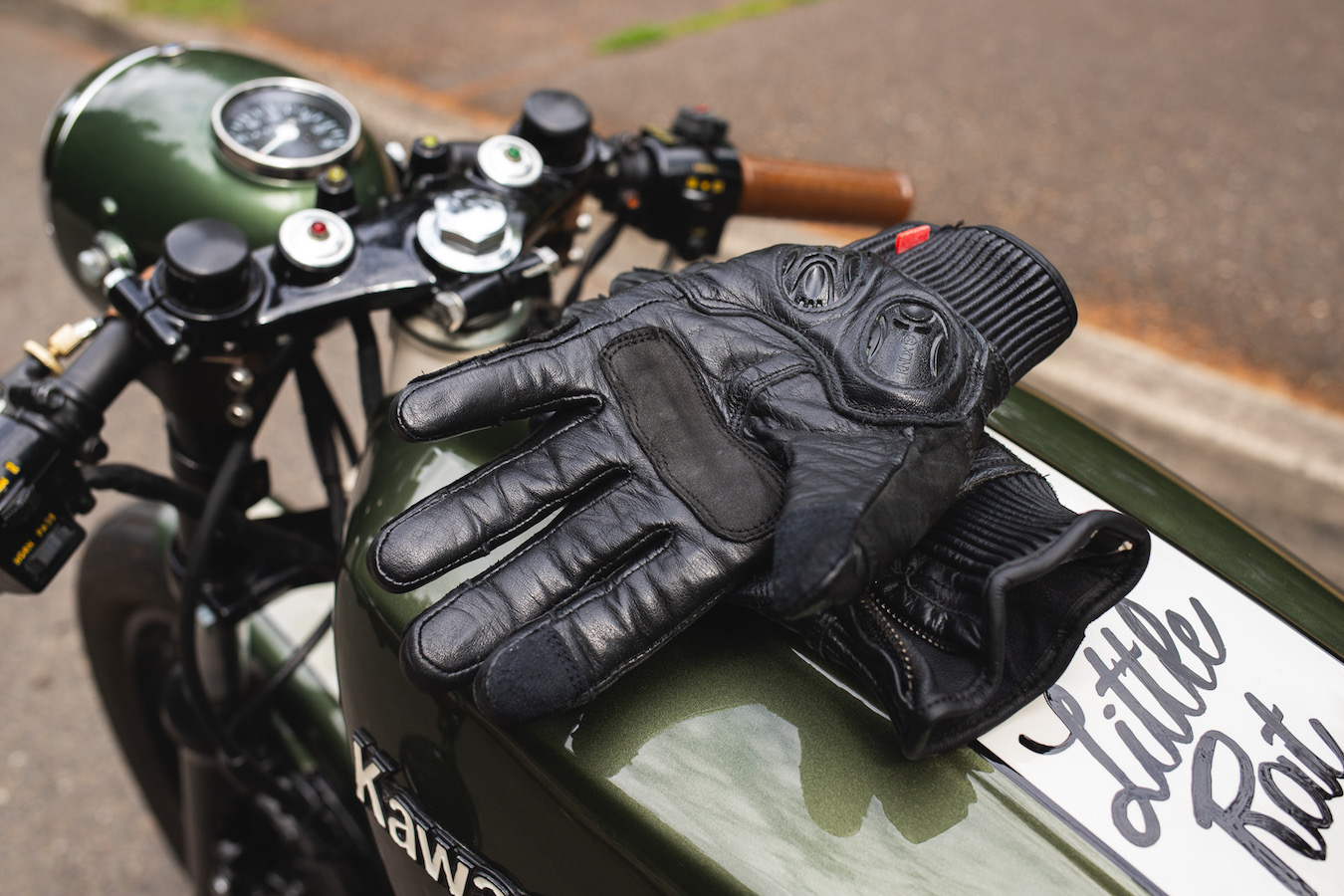 When I first got the gloves, I was impressed by the overall quality and feel of the gloves — as I’ve come to expect for Knox products. But right out of the box, they fit much better than the Coverts.

When I first got my Covert gloves, it took weeks to break them in. But the Hadleighs were only slightly snug when I first got them, and broke in fully in a matter of days.

Be aware, though, that these gloves are definitely sized for smaller hands. My Coverts are a size small, which is my usual glove size, but in the Hadleighs I’m a medium.

Another feature I loved right away was the plush interior lining of the Hadleighs. Seriously, they feel luxurious to wear, like a swanky little black dress for my fingers. 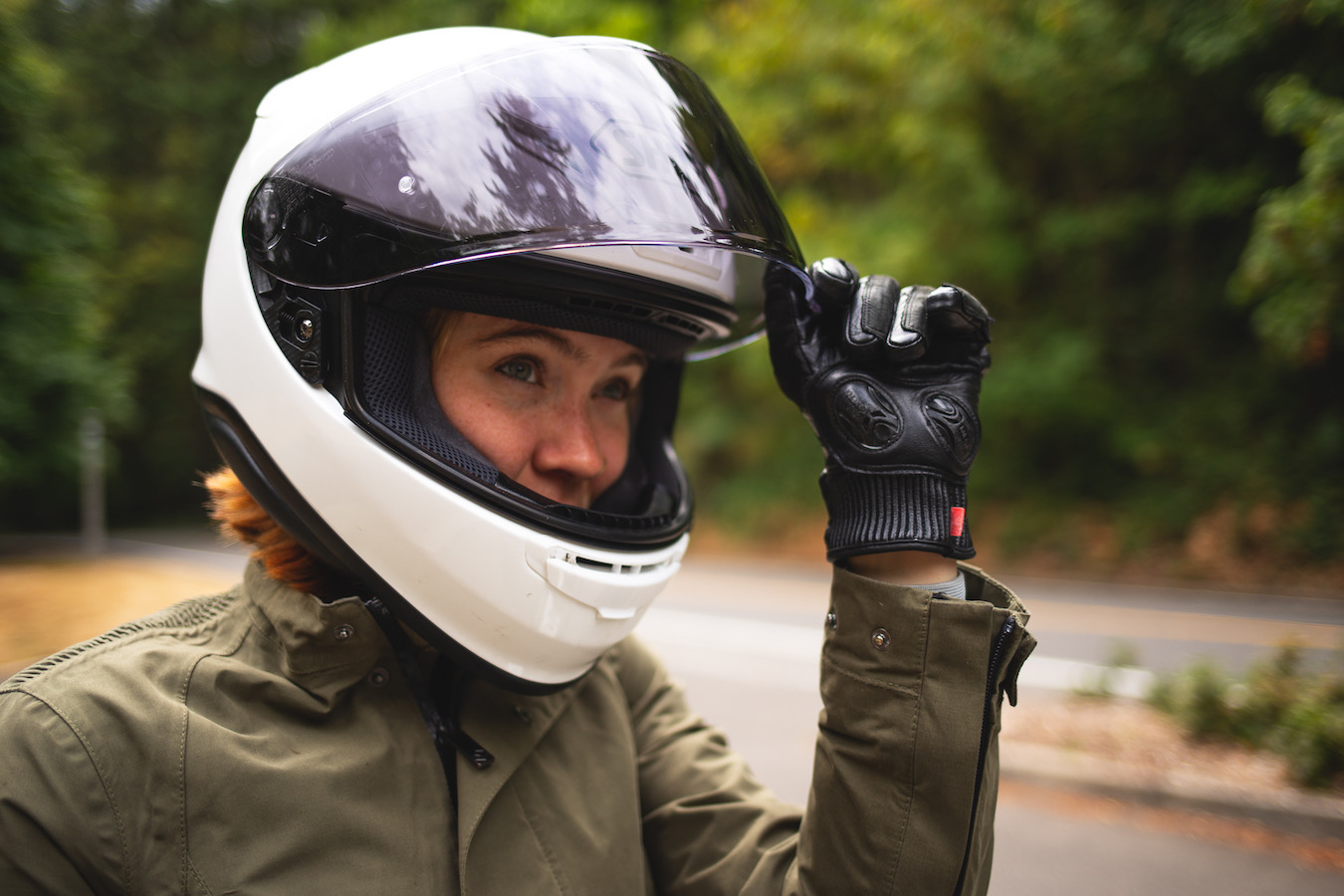 However… in the heat, that same plush liner makes it extremely difficult to take the gloves off and on. After you sweat in them, it gets very grabby, and I have to wriggle my hands around to squeeze them back in. In the heat, I reach for my Coverts, because the lining is much more forgiving of sweaty fingers.

Personally, I don’t find the gel armor that much more comfortable — the rigid knuckle armor never bothered me to begin with. But if you do find the hard knuckle armor uncomfortable, choosing a glove like the Hadleigh might be a good option.

Another great feature, especially for the Pacific Northwest, is that the Hadleigh gloves are fully lined with OutDry, a waterproof membrane that’s fused to the back of the leather. This keeps water from gathering, so the gloves don’t get heavy with water in the rain. 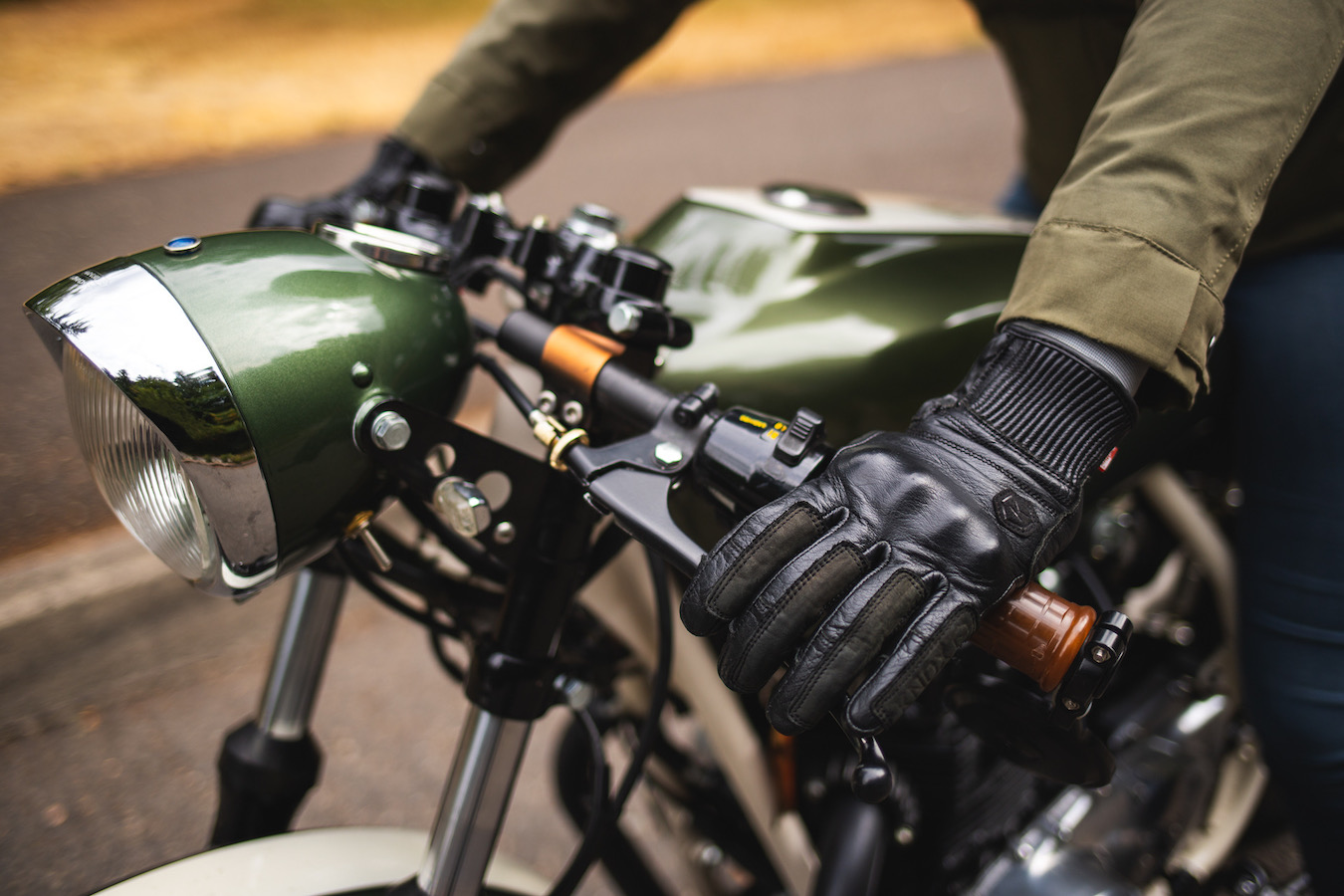 Overall, the Hadleigh women’s glove is a solid product, and an excellent choice if you’re looking for a more casual short glove but don’t want to sacrifice protection.

I still personally prefer the additional protection of the Coverts, with the gauntlet and rigid knuckles, but you’d be hard pressed to find a short motorcycle glove that offers more features and protection than the Hadleigh.

Currently, the Hadleighs retail on the Knox Armour site for £89.99, and on Revzilla (with free shipping and returns!) for $120. There’s no corresponding men’s version of the Hadleigh, but the Knox Orsa glove is an excellent choice if you’re looking a low-profile glove at a similar price point — and the Orsa is fully CE-certified.

So many gloves to try, so little time…

I’ve been really pleased with Knox’s lifestyle-focused gloves, but there’s a lot in the glove world that I haven’t tried yet. For my next pair, I’d like to try something a bit more functional, like these Racer gloves.

What the Racer gloves bring to the table are two comfort-related items: external seams and vents. The external seams on the fingers give your fingers more space, and Racer uses perforation and vents to help keep your hands cool in the heat.

Unfortunately, the women’s version of the High Racer glove doesn’t have the Knox Scaphoid Protectors, but the men’s does — and that’s never stopped me!

What technical features do you find essential in a pair of gloves? Let me know in the comments!

Disclaimer: Knox Armour sent me these gloves about a year ago with no strings attached. All opinions are wholeheartedly my own.

Also, links to Revzilla in this article are affiliate links, which means if you click on one of these links and then make a purchase, I may receive a small commission at no extra cost to you. Thank you!