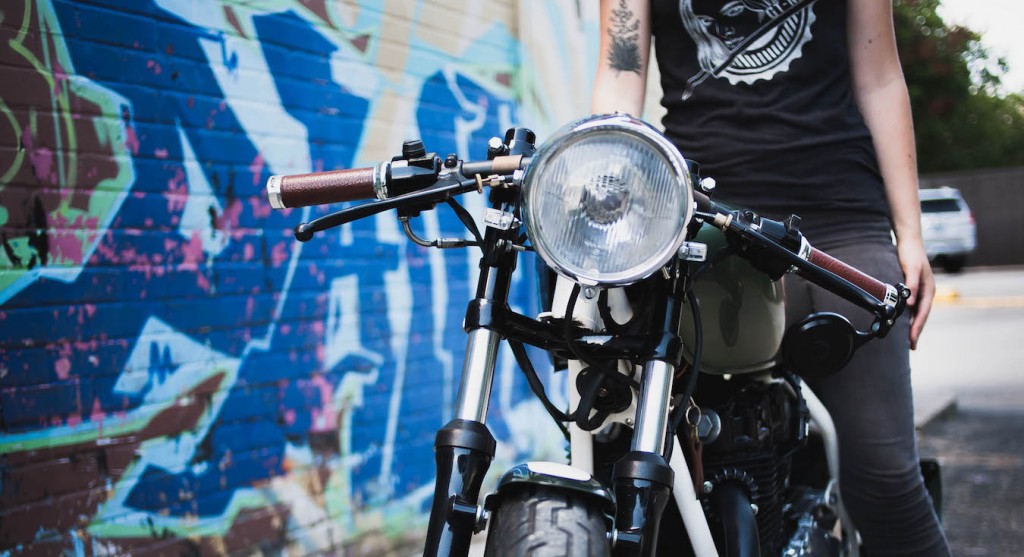 Alright guys, we’re going to get a bit serious today. Real life talk. But don’t worry, I think we’re ready for it.

Until a few years ago, I had an unhealthy relationship with food and my body. I’ve always loved food — I love cooking, and I love trying new foods. But for most of my young adult life, there was a fine line between “enjoying food” and “spending all night curled up on my bathroom floor because I felt guilty for eating that extra cookie.”

I’m certain that far too many people understand what I mean by that.

I’m not going to give you my full history — we’d be here awhile. The short story is that in middle school, I developed hypothyroidism, which caused my body to bloat abnormally, and my preteen-girl self-consciousness started me on a years-long obsession with my weight.

After a few years, I was treated for the hypothyroidism, and I lost the extra weight. But I never completely stopped seeing myself as that pudgy, awkward, uncoordinated twelve-year-old girl.

Looking back, it’s strange to me how much those few years affected my life. I’ve always been fairly capable and successful. In college, I lead student groups, earned excellent grades, and landed internships before most of my peers even started considering them. Yet, none of that success changed how I felt about my body.

To be honest, nothing really did, for a long time. After college, I began seeing a therapist, and I began practicing yoga. And that helped ⎯ quite a bit. Yoga taught me to be patient with myself, and love my body for what it can do, not how it looks. My therapist made me throw out my scale (which was a huge step forward).

But it was too easy for me to treat yoga as exercise, and forget the emotional reasons I practiced. And therapy had only begun to churn out the effects of a decade of self-abuse.

That’s when I found motorcycles.

Before J asked me to take the safety course with him, I had never in a million years imagined that I could (or would) ride a motorcycle. I don’t even know why I didn’t consider it. Maybe partly I thought they were dangerous (which is not untrue), or maybe I thought I wasn’t daring enough, but neither of those are quite it.

Basically, motorcycles were so far off my radar that I didn’t even have an explanation for not wanting to learn.

As I was learning to ride, I began to develop a new appreciation for my body. I could almost hear a little voice in my head marveling at what I was doing — look how smoothly I can brake, at just the right time! Look how I gracefully glide to a stop and place my feet on the ground, perfectly balanced!

Look how I can shift gears at precisely the right moment, signal with my right hand, overtake this slow-ass sedan, and blaze a raucous soundwave down the highway!

Even now, I nerd out about how slowly I can ride without touching the ground, how far I can lean in a turn, how it feels to make that graceful swooping “lean-lean” of a swerve… All of these things my body has taught itself to do — just through practice.

I know it sounds small. I know that someone who may have always been adept at any physically coordinated effort might not think it’s a very big deal that I learned how to ride. But it’s not so much that I am amazed that I can simply move my hands — of course I can do that.

What amazed me, what changed my relationship with my body, is that I never expected to be able to ride, and now I do it every day.

Of course, it doesn’t hurt that motorcycles are totally badass 😉

The other part of it is, before learning to ride, I saw my body as something to be cared for — if I fed it the right-sized portions of the right foods and exercised (somewhat) regularly, it would reward me with a decent appearance and the (minimal) strength I needed to go about my daily life.

Riding was the first time I realized my body could work for me, allowing me to do things that I find absolutely thrilling. I was never a very athletic kid, and (although I wanted to!) I never even tried to learn to do “cool” sports, such as BMX, skateboarding, or even rollerblading. I just assumed I couldn’t do it, so I never tried.

When I realized how badly I wanted to learn to ride, even though I really sucked at it at first, I put in the time and learned. Now I know that it’s not about “natural talent,” it’s about practice. And the self-confidence that came with that realization has been life-changing.

Riding has taught me that although I can’t always change my body, I can change what I do with it.

I didn’t write this for sympathy, pity or even compliments. Seriously, I don’t want to hear it (though I appreciate the thought). I wanted to share this because millions of people, women and men, struggle with body image issues daily.

If you are one of those people, I want you to know you’re not alone. I hope that you, like I did, will find a way to reframe the issue. I hope that you will realize, on your own terms, that it’s not about how you look, it’s about what you can do. And you can do more than you think.

As always, thanks for reading, everyone. Ride safe out there.