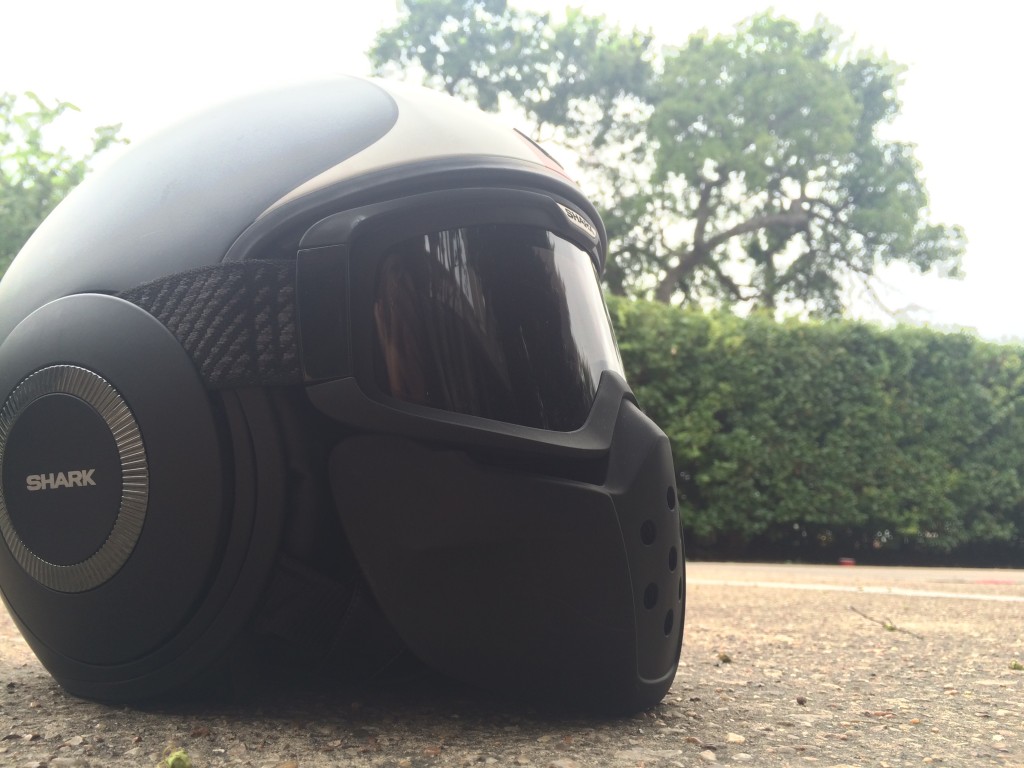 Hey guys! This is the first part of the series in which I tell the story of how I learned to ride. To read why I’ve decided to share this story, click over to the introduction.

One day, back before I knew what it was like to grip a throttle, my boyfriend J and I were in the car headed somewhere-or-other, and he asked to stop in at a motorcycle dealership. I was taken a little off guard, but I agreed. Cautiously.

When we got there, he started asking a sales guy about financing a $13,000 bike (I don’t remember what it was — you have to remember, this was before). Which, of course, scared the shit out of me. Luckily, my serious side-eye got us out of there without any life-changing purchases.

I’m not sure whether I was more terrified by the money or the bike, but when we got back in the car we had a serious conversation. I was mostly just shocked becasuse he hadn’t yet talked to me about how much he wanted to ride — that he had dreamed of it since he was a kid. But I was also scared — I, like many people, had never known a motorcycle rider before, just seen them in movies and heard about them on the news. And few motorcyclists are ever on the news for being safe and happy.

After the shock wore off, J asked me if I wanted to take the motorcycle safety course with him. I’m pretty much always down for trying new things in a safe atmosphere — if I didn’t like it, at least I’d know more about motorcycles, which might make it easier for me to be comfortable with J riding. So I said yes.

A few weeks and $300 later, we sat on metal folding chairs in a warehouse break room, watching cheesy safety videos. Besides J and I, there was just one other student, named Ragú (“Like the pasta,” he said). Ragú had already been riding bikes for years in India, and he already owned full riding gear, highlighter-style. I was impressed.

Three hours of safety videos later, we took the written exam. J and I missed just one question each — not too shabby! (They were different questions, though, I promise!) Then we got to go outside and try the bikes.

It was November, and despite being in TEXAS, the temperature hovered juuuuuust above freezing. Too fucking cold for me. I had to bundle up so tightly I could barely move, and still my fingers grew numb after just fifteen minutes. I could barely pull the clutch far enough in, and the shivering didn’t help my balance or confidence. I dropped the Suzuki once, twice… probably four times by the end of the first day. I just couldn’t loosen up. All I could hear was a little voice in the back of my brain screaming, “Wait! You don’t know what you’re doing!”

Thankfully, our instructor was patient and helpful. After watching me struggle through course after course, he sent Ragú and J to take a break, and put me on a blue-and-cream Honda Metropolitan.

I was a touch embarrassed to be singled out, but after struggling to keep the bike moving smoothly and upright, the scooter was a dream. I zipped around the parking lot, taking wide, lazy circles, forgetting about the cold, my anxiety, everything.

While riding that scooter I promised myself that, someday, I would feel that way on a “real” motorcycle.

When we got home that night, I began looking at bikes on Craigslist. I was hooked. I almost bought a yellow Buell Blast that had been stripped of its decals, but decided I should at least finish the course first. That was also my first brush with the dangers of Craigslist 😉

On the second day of training, I was still pretty nervous, but I was finally able to tune out the fearful little voice in my head. And I think I actually started improving. I dropped the bike less (admittedly, I busted one of its sideview mirrors), but I was actually getting the hang of it.

Unfortunately, the wonderfully lovely weather took a turn for the worse. About halfway through the day we started getting weather alerts about a nasty freeze coming our way. So we had to take the final exam early. I managed to do *nearly* all the requirements (except for the tight turning), but the instructor passed me anyway. (If you’re reading this: THANK YOU!)

I got my motorcycle license pretty quickly after taking the class, but I didn’t buy a bike just yet. I was bummed that we had lost a half day of practice at the safety course, and I was nervous about buying my own bike. It’s just easier to dick around on a bike meant for training (and that isn’t yours), ya know?

J, on the other hand, found a barely-used 2012 Royal Enfield Bullet G5 and snapped it up. All winter I rode around on the back of that Bullet, freezing my ass off but having a great time. I began to understand that riding was more than a means of transportation — it was freeing, it was meditative. I felt more connected to the places and people around me. I still wasn’t sure if I was ready for my own motorcycle, but there was another type of two-wheeled vehicles that I knew were fun to ride…

Tune in next time to read about my love affair with a Fly 150!

And remember to always,
Ridewell