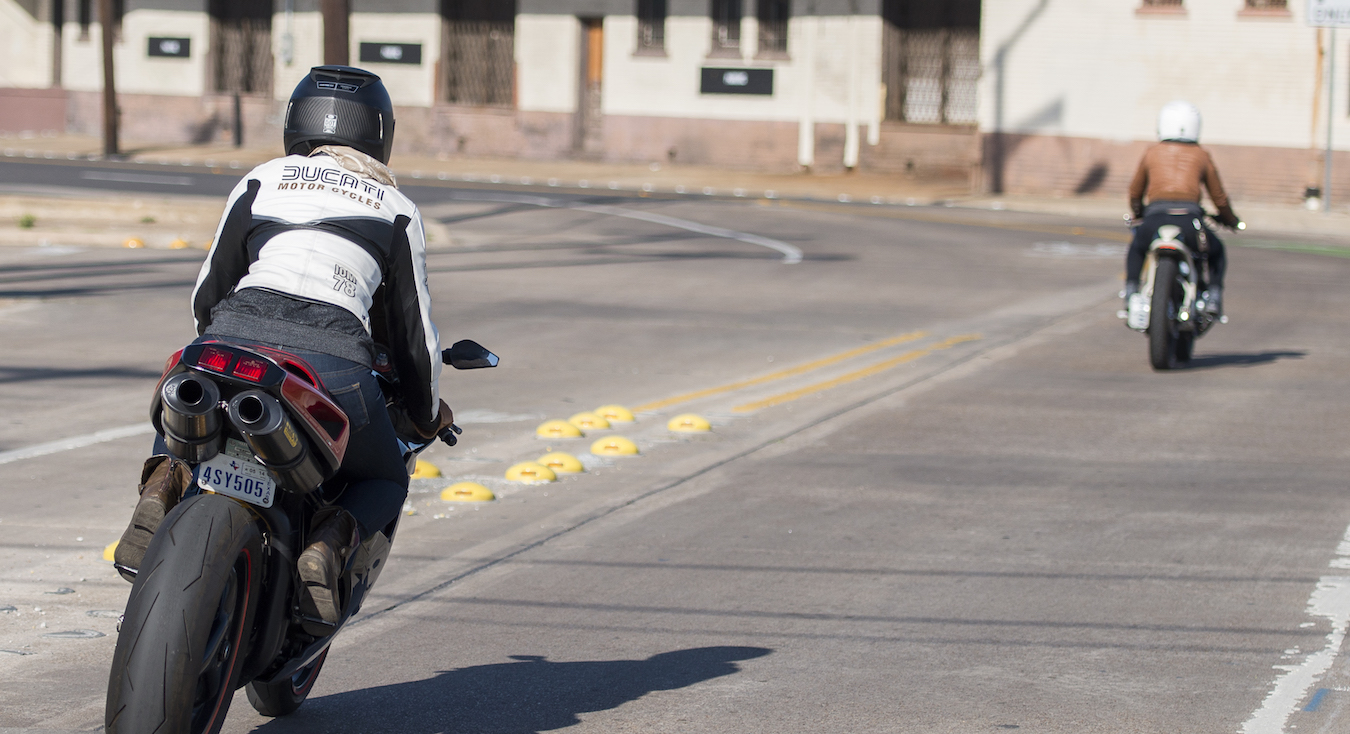 When you ask motorcyclists why they ride, you’ll get a variety of answers. Some love to ride for the speed, others the camaraderie, and others say they love the freedom of the open road. Whatever the rationale, though, there’s always one thing that brings riders together: the joy of becoming one with your machine.

Two of my good motorcycle friends and readers described this feeling poignantly, in two different ways:

Having the total unification of mind, body, and situational awareness riding commands of you can have a meditative and somewhat spiritual effect.”

There is a visceral difference between riding comfortably inside a vehicle and being propelled upon it, holding on while it goes about its merry business carrying you forward.”

On the surface, these are very different descriptions of riding. But underlying both of these descriptions is the idea that you and your motorcycle are somehow connected — spiritually, viscerally.

The first time I felt this sense of connectedness, I had just attempted my first counter-steering swerve for my MSF course. The quick swoosh-swoosh of shifting directions, the instant response from the bike as it flowed effortlessly with my hips… It didn’t matter that I stalled out moments later, or that I didn’t actually swerve far enough to avoid the “obstacle.” That first brush with “being one” with my motorcycle had me hooked.

Regular readers know that I have a penchant for (or maybe an obsession with) trying to understand the underlying reasons we humans love motorcycles.

And in my defense, it’s a fascinating question. Motorcycling breaks the “rational human” mold ’90s-era economists were so fond of: riding is dangerous, it can be expensive, and we don’t (usually) gain anything of economic value for doing it.

So why do so many of us not only choose to ride, but get passionately and enthusiastically entangled with it? Recently, I came across some research that I think helps shed some light on the psychological foundations for why a subset of a supposedly logical species fell so madly in love with going fast on two wheels. And it has to do with the unity between (wo)man and machine.

There’s no denying our species wouldn’t be where we are today without our ability to invent and use tools. Of course, we aren’t the only tool-using species, but what’s unique about our ancestors is that they learned to use one tool to make another, also known as “entailment.”

Archaeologist Timothy Taylor even believes that the advent of these complex tools is what caused our australopithecine ancestors to eventually become the genus Homo, and later Homo sapiens.

His evidence is that the earliest chipped stone tools are dated to have been around as long as 2.5 million years ago, while the Homo genus only emerged 2.2 million years ago — a total gap of 300,000 years.

Because of this, Taylor has come to believe that “entailed” tools like the chipped stones weren’t just an artifact of humanity, they were what made us human from the start:

Some researchers are holding out for an earlier specimen of genus Homo. I’m trying to free us to think that we had stone tools first and that those tools created a significant part of our intelligence. The tools caused the genus Homo to emerge.”

In Taylor’s words, “We were never fully biological entities. We are and always have been artificial apes.”

The second important idea in this exploration is the idea of peripersonal space. Studies have shown that the human brain uses three different “neuronal representations” to represent the space around us, based on the behaviors we can perform in each environment.

Studies have also shown that when people use a tool, their peripersonal space expands to include the area that the tool allows us to interact with. This indicates that our mental construct of our physical selves is extremely malleable, and can expand to encompass a tool.

In the early 2000s, a team lead by Martin Nicolelis taught a rhesus monkey named Idoya to operate robots with her mind, using what they called a brain-computer interface.

Beyond the exciting implications for prosthetics and human augmentation, what fascinated me was what they found about Idoya’s brain activity as she operated the robot:

Brain scans showed something remarkable… At a neural level, the distinction between the monkey’s arms and the robot arm blurred. As far as the monkey’s brain was concerned, monkey arms and robot arm were all part of the same body.”

At this point, we’ve established that human evolution is inextricably linked (and perhaps indebted) to complex tools, that the human mind changes its construct of the space around its body to encompass a tool being used, and that (in monkeys, at least) the brain can actually treat tools as part of its own body.

To me, it follows that all of these concepts go together. Can you imagine how difficult it would be to use a tool if it didn’t feel like an extension of yourself? We could have never developed something as complex as an engine, which requires us to use tools carefully and precisely.

And perhaps, this intimate relationship with our tools is one of the reasons we love motorcycles so much. After all, they take advantage of our capacity for “tool expansion” like nothing else does: riding is a total-body experience, which requires all our extremities and mental faculties to work seamlessly with the machine.

I’m no evolutionary theorist, but maybe we evolved so this kind of unification with a tool feels good. After all, evolution is famous for rewarding behaviors that contribute to the continuation of our genes.

Complex tools can be difficult to master — to achieve that “flow” point at which the barrier falls away and you and the tool become one. Maybe those of us still around are the ones whose ancestors responded positively to feelings of mastery and tool-unity, since it brings us closer to the fluency we need to use complicated tools to the best of our abilities.

Of course, our genes didn’t have the foresight to see that many of us would use this fluency to fly down paved asphalt at 80 miles per hour 😉 But this exploration might at least begin to explain why many humans find riding motorcycles deeply and intrinsically rewarding, and why we will continue to do it for as long as we can.

Motorcyclists tend to be portrayed as thrill-seeking adrenaline junkies. But we both know (and psychology research agrees) that’s not the whole story. 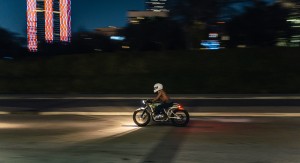 Not All Riders Are Reckless, and Why That’s Important