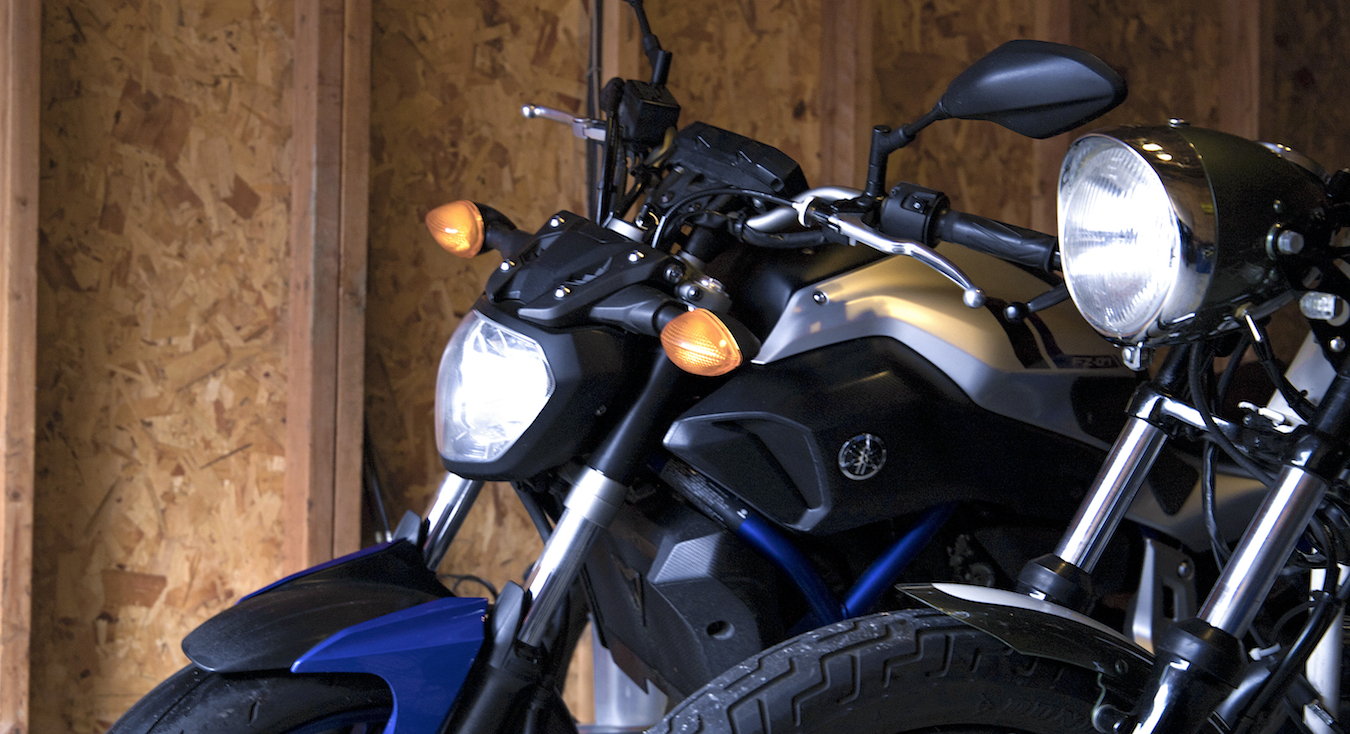 About a month ago, I bought a 2016 Yamaha FZ-07. It’s the first motorcycle I’ve bought from a dealership, the second I’ve bought this year, the third in my garage, and the fourth I’ve owned.

People always say that after you get one motorcycle, you want two. And after you get two, you want ten. After less than five years of riding, I can relate to that. What can I say? Motorcycles are fun.

But more than that, I think many new riders have no idea what they need or want in a bike. Motorcycles have a lot of nuance, and most new riders don’t understand how those nuances will affect their day-to-day riding. I know I didn’t.

Now, I see how much my ideas about “cool” motorcycles influenced my decision to get a vintage bike. I didn’t think twice about comfort, features, or reliability. I wanted the cool factor of an older bike, so that’s what I bought.

Of course, I don’t regret my decision at all. Vintage motorcycles opened a new world for me. I’ve loved the process of learning to work on my vintage bikes, and I’d like to think I’m becoming a better person for it.

But also, recently I began to realize that I needed a practical bike. I needed a more reliable bike with a more comfortable riding position. I needed a bike I could ride in the rain without fear, and that I could leave parked downtown for an hour without worry.

But most of all? I needed a bike I didn’t care so much about. Let me explain…

Why I Needed a Practical Bike

When I first began learning to ride, I had a lot of ideas about how I was going to learn and become a better rider. I watched YouTube videos and made lists of drills to try. At one point, I decided I needed to do parking lot practice once a month.

Guess how many times that’s happened.

After getting The Little Rat back from the rebuild, I couldn’t help but treat her with kid gloves. I mean, I still rode the bike — I rode her everywhere. But I was so in awe of Sofi’s craftsmanship, I couldn’t bring myself to push my limits on The Little Rat. It hurt to even think about dropping her during a failed low-speed maneuver.

Instead, I swept my parking lot practice goals out of my mind, and did what most riders do: built my skills on the street.

For awhile, this was fine. But then, I moved to Oregon. Even in the city, Oregon is full of challenging roads, up-hill corners and strange intersections. I soon realized that I had a huge gap in my riding skills that I needed to fill, and soon.

I’ve always known that, to stay safe, riders need skills beyond those they use on a typical trip to the grocery store. Skills like swerving, cornering, and emergency breaking — for a start.

To learn advanced riding skills, though, you have to challenge yourself. And although that’s something I believed, it wasn’t something I was doing. My excuse? I was too scared of dropping The Little Rat.

When I found the Northwest Motorcycle School, which lets students use their bikes, I jumped at the chance to attend. At their one-day clinic, I learned a lot and had a great time, but it confirmed what I had known all along: building advanced riding skills takes regular practice. Practice I knew I would never do on The Little Rat.

That’s when I knew I needed a practical motorcycle.

Unlike when I bought my KZ or my XL, I had a very specific list of criteria for my new, practical motorcycle.

First, I needed the bike to be lightweight and have a low seat height. I’m pretty short for a rider, and I know I’m not yet comfortable enough to handle a heavy bike that I can’t flat-foot.

Not to mention, I wanted a bike that could easily reach and sustain highway speeds. Highway speeds are definitely possible with The Little Rat’s 440ccs, but they’re not easy. I wanted my new bike to be at least 500ccs or larger.

And finally, I needed the bike to be affordable and reliable. For awhile, I considered getting an older Triumph or BMW off Craigslist. But I always came back to the same thing: I already had two bikes to lavish money and attention on. This one needed to practically take care of itself.

When I added everything up, all signs seemed to point to the Yamaha FZ-07. They were very affordable, and everyone I knew who had owned one said they were all-around good bikes.

So it seemed like fate when, on a rainy day in early November, I found a pre-owned 2016 Yamaha FZ-07 at a local dealership for less than the blue book price.

I hadn’t even gone to the dealership that day to look at bikes: they were having their annual warehouse sale. I didn’t have my helmet or gear, and they wouldn’t let me test ride it because it was raining.

But, something about it felt right. I decided to go for it. And so far, I’m glad I did.

I’ve owned the FZ for more than a month now, and I’d say we’re getting along quite well. It’s very rider-friendly: easy handling, easy acceleration, no fuss, no worries.

So far, she’s serving her purpose well as chief grocery-store-run and it’s-drizzing-outside motorcycle. I can’t wait to go on longer rides when the weather warms up, and maybe even a track day or two.

Of the bikes I’ve owned so far, it reminds me most of my 2012 Piaggio scooter. It’s so quiet, and so easy to ride, it feels as turn-key as my little blue Fly 150.

I have to admit, though, in the days after buying the FZ, I felt an odd kind of remorse. I felt almost as if I was betraying something about myself. If I owned a modern motorcycle, could I still call myself a vintage enthusiast?

Now that I’ve had some time to get used to the idea, though, I’ve realized that owning a modern motorcycle doesn’t mean I love my vintage bikes any less. They simply fill different needs.

What’s important, though, is each of my bikes inspires me. The FZ inspires me to become a better rider, the XL inspires me to grow as a mechanic, and The Little Rat… well, she’s just inspiring 😉

For me, motorcycling has always been about expanding my horizons. And as long as the motorcycles I own continue to inspire me to be a better rider, a better wrencher, a better person… I’d say I’m doing just fine.